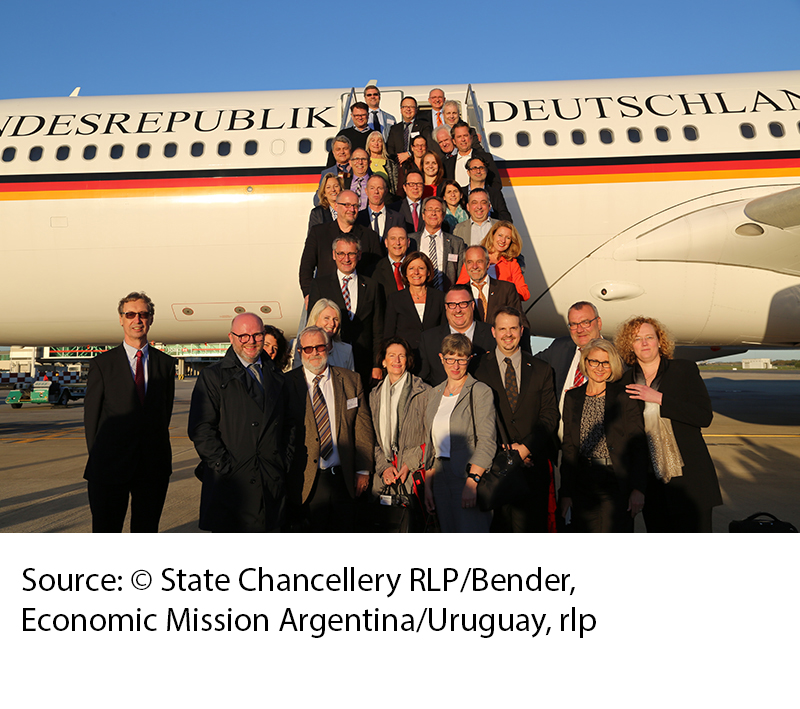 At the invitation of the President of the Federal Council and the Minister President of Rhineland-Palatinate Malu Dreyer, Faber CEO Joachim Czabanski and Export Manager Vojislav Jovanovic, visited different companies in Argentina and Uruguay during an economic mission in mid-May. The company successfully established valuable contacts.

The business trip is part of a foreign trade promotion program, which offers the opportunity either to establish or to expand economic contacts in interesting target markets.

16 representatives from Rhineland-Palatinate companies from various industries joined the economic mission. Faber, was the only company from Saarland in the high-ranking economic delegation. This visit offered the opportunity to meet potential business partners in the production and service sectors from the two target markets of Argentina and Uruguay in face-to-face-meetings.

A journey that is already bearing fruit. Faber was able to get in touch with many potential customers and already received first inquiries from Uruguay.