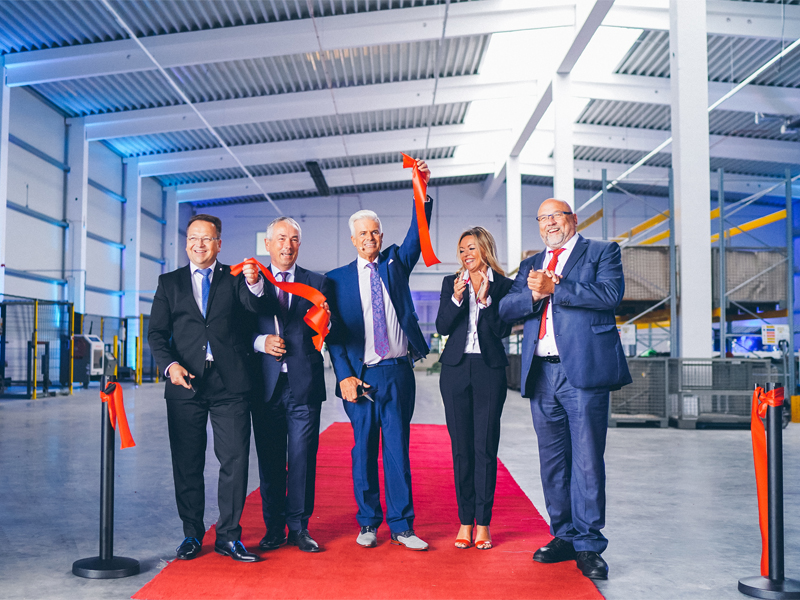 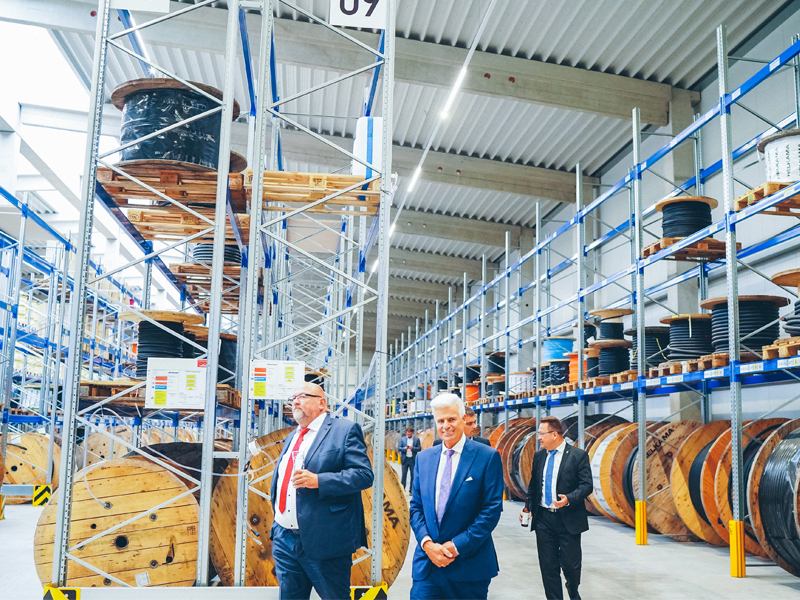 The new logistics centre in Wismar was ceremoniously opened on September 26. A major milestone a good ten years after the founding of Friesland Kabel. This also makes Wismar the maritime logistics centre of the Faber Group.

Choosing Wismar as a location now brings Friesland Kabel even closer to the shipyard customers along the Baltic coast ­­– besides Wismar most of all in Warnemünde and Stralsund.

"Cable logistics are one of the key areas for the construction of highly complex special ships. Problems arising there are an enormous setback for the schedule, and will escalate costs", says Klaus Moorlampen, CEO of Friesland Kabel. "The geographic proximity to the ship builders is hence a huge plus for Friesland Kabel. It also makes just-in-time delivery to the shipyards that much easier."

Klaus Moorlampen continued: "Another plus point of our service concept is the storage of our cables in a heated hall. Delivered at laying temperature, the cables can then be immediately installed as a result. This also gives the term "housewarming" a special meaning for us – over and beyond this day of celebration."

The logistics centre with office building, a production hall and warehouse is already completed, in operation, and was inaugurated with the event.

The storage capacity amounts to circa 2,500 pallet spaces.

The second development stage will bring a doubling of the previous location to 20,000 m² altogether. The neighbouring plot of land was acquired for this just a few hours before the party, with the start of construction scheduled for the beginning of 2020. Perfect conditions for becoming Europe's no.1 in the maritime cable market.

First photo from left to right: Joachim Czabanski, Chairman of Klaus Faber AG, Thomas Beyer, Mayor of the Hanseatic town of Wismar, Klaus Moorlampen and his wife Agnes, as well as Harry Glawe, Minister for Economic Affairs of Mecklenburg-Western Pomerania.